I wrote to SIPTU on June 9th requesting that all information relating to pay talks at Bausch & Lomb be circulated to the workforce for opinion. I have not received any response. As a Waterford TD, who also sits on the Enterprise Committee in Leinster House I am publicly requesting that SIPTU offer workers at Bausch the opportunity to vote on the latest management pay proposals offered.

I have concerns that SIPTU National executive is not displeased at the example of a large company striking in Waterford just as they position to enter national pay agreement talks with Government reps. There are very likely other long standing pay grievances circulating in other companies across the country but they are not striking without consideration of offers made.

No union should have the right to decide what terms members are balloted for – every offer should be available for consideration by workers.

Waterford has suffered hugely in its history of job creation and retention and potential job losses in Bausch & Lomb Waterford should not be risked by national strategic gamesmanship jeopardising the future income of Waterford families.

Union reps whose jobs are not on the line should not have final say on what should be offered for decision by workers whose future livelihoods are possibly at risk. Once again I am calling on SIPTU to offer all Bausch members a ballot next week on the latest wage offering put forward by the company management for employee consideration. 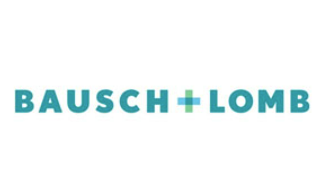 Cookies are used to track your interaction with this website. You may withdraw consent by unchecking the box.

We use content from the following services on this website. You may uncheck a box to withdraw consent.